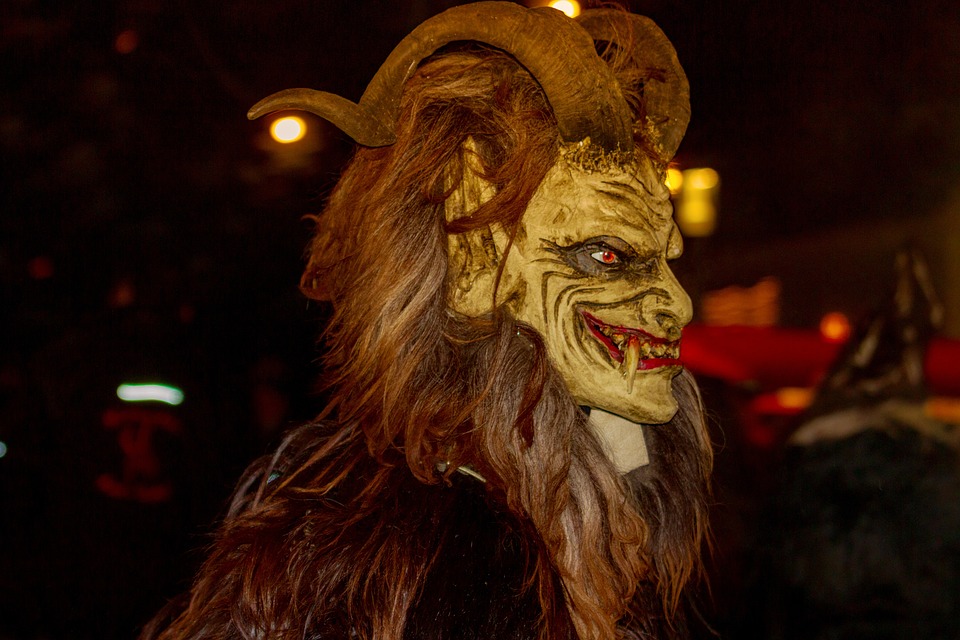 Besides the jolly fat Santa Claus, the Coca-Cola polar bears, and good ol' Mr. Grinch, many figures have risen in popularity in recent years. Even darker, mysterious creatures from European folklore have started gaining notoriety due to their associations with the winter season. So, who's been showing up around the yule log? Here are five folkloric figures to grace us with their presence this winter season:

According to most people, Krampus is mainly known as the horror demon of the winter season, but it has a long-forgotten history that goes back hundreds of years.

Krampus was initially thought to be an assistant to Saint Nicholas, and there was more than one of him. Multiple Krampuses would visit homes throughout Austria and Bavaria to quiz children on their behavior as costumed bishops. The naughty children would be spanked and chased to discourage spoiling children from a Biblical standpoint.

Among the same regions that Krampus comes from is a witch named Frau Perchta, who has opinions about the state of your house. Women who did not get all their flax spun and their houses tidied up by January 6th would be disemboweled, with their guts replaced with rocks and straw. She would have Perchten (think Krampus creatures), an army that serves to take away the souls of unbaptized children. So, make sure to keep your houses tidy this season!

La Befana is mostly unheard of in most western countries, but in places throughout Italy, La Befana helped form many of the traditions people use today. In Italian folklore, La Befana is an old witch who delivers good children's gifts and treats on January 6th, the Epiphany (the end of the Christmas season). She would fly around on her broomstick, delivering sweets such as panettone and pandoro. However, naughty children would get lumps of coal! She has been part of tradition for many Italians since the eighth century, and in Russian culture, she's also known as the Baboushka!

Grýla, The Yule Lads, and the Yule Cat

Grýla, an Icelandic troll who lives near the Dimmuborgir lava fields of Iceland, would come, kidnap and feast on naughty children during the winter season. However, this troll also has a family - her husband, Leppalúði, her 72 children, and her Yule Cat. She wasn't associated with Christmas until sometime around the 17th century.

Thirteen of those 72 children were deemed the Yule Lads, with each of the lads having a descriptive name and personality, and each of them would cause their brand of mischief depending on their descriptors. The Yule cat, in the meantime, would devour the naughty children or, in tamer versions, eat the food of naughty children.

Lastly, to provide relief from all the child-eating monsters, Sweden offers up a kind, gnome-like spirit called the Tomten. This spirit acts as the protector of children and animals for family farms, and people during the winter would burn a Yule log and leave him a plate of porridge on Christmas Eve. If he doesn't receive these things, he may take revenge on the family, tricking them and biting them as retribution for his lack of porridge.

There are plenty more interesting creatures to delight us this winter season. What better way to get inspired this Christmas season than to dive into your nightmares with scary creature Halloween masks, animatronics, and scary costumes from HorrorDome?