Scary Stories To Tell In The Dark Movie Review If you’re like us and have been a fan of horror since you were young enough to leave out cookies for the monster under the bed, dressing up in your own Halloween masks to scare your siblings, then you’ve been as excited as we were about Scary Stories to Tell in the Dark released earlier this month! We’ve been reading these books for years and couldn’t wait until this long-awaited film finally made its way into the theaters. Guillermo del Toro and André Øvredal have teamed up to produce a film that is friendly to kids with its PG-13 rating but is scary enough to give adults a great scare while they’re at it.
Needless to say, walking the delicate line of producing quality horror while maintaining a kid-friendly rating is more than a little challenging. They managed to pull it off by coming in under the MPAA’s minimum bar of “Terror/violence, disturbing images, thematic elements, language including racial epithets, and brief sexual references.” With Del Toro and Øvredal’s dedication to the project, they pulled together a movie that humanizes children and their fears without sacrificing their kid-friendly rating.
Del Toro has been quoted as saying that “I want this to be a nice family horror film.” He went on to stress his distaste with films that “Simplify kids and make them cute” while not making them believable victims. Their children in his film will see the complexity and darkness that comes from the film, and a few of them will die.
Øvredal had noted that it was tricky to hit exactly the right balance with this film. On-screen blood was deemed a no-no by the duo, but they didn’t skimp so much on the horrific elements that the target audience would be too young. The books are an incredible addition to the horror universe and deserved to be honored for the stories they tell and the material they used to do so.
So what can we say about the film? Three teens are working to solve a series of macabre and unexpected deaths in their town. The year is 1968 in America and change is coming, but this small town has been largely removed from all of the upheaval. In a remote mansion in town lives a girl named Sarah who holds secrets that have tortured her entire life, turning it into one long horrorfest. The book from which these horrors come is not bound by time, and the tales it holds become a horrifying reality for the teenagers who discover what Sarah is hiding.
We’ve been a fan of these books for years now, inspiring many of our scariest Halloween costumes, and we had a lot of faith in the duos ability to bring the stories to life in a way that is both up to date and honors nostalgia. We are glad to say that they have done just that, and this film delivers in a way that will creep and excite children and adults alike.

One of the riskiest parts of putting a review of any movie out there is how much it depends on the subjective view of the one writing the review. That being said you might want to buckle up because we were absolutely not impressed with the newest Child’s Play, aside from it's ability to inspire a new line of scary masks and movie masks. Well, that’s partially true. We actually think it’s a great horror movie and deserves all the respect due to a great addition to the genre. When it comes to considering its place as part of an honored franchise, however, we found it left a little to be desired. Both things can be true, hear us out.

Let’s get this straight before we begin, this movie is absolutely a great addition to any horror fans collection and we’d be dirty liars if we said anything else. The cast really works well together and the idea that we could wind up with an AI Enhanced distant cousin of Teddy Ruxpin going berserk is present and topical. The relationship between mom and son is a little wanting, but we think that’s just part of the delivery the creator of this film was going for.

Thankfully the kid has Detective Mike Norris to lean on, a neighbor in their apartment building who takes the kids warnings a little more seriously. My Buddy Luke… we mean the “Buddi” doll has a menacing voice that is positively bone-chilling thanks to the inclusion of Mark Hamill as the voice actor for it (It also doesn’t hurt that he’s a long term fan). The way he plays off the dolls attempts to please the child that is its master is perfection itself.

An AI Empowered Doll misinterpreting the signals it receives from its “master” and causing horror and mayhem is a great plot for any horror film. 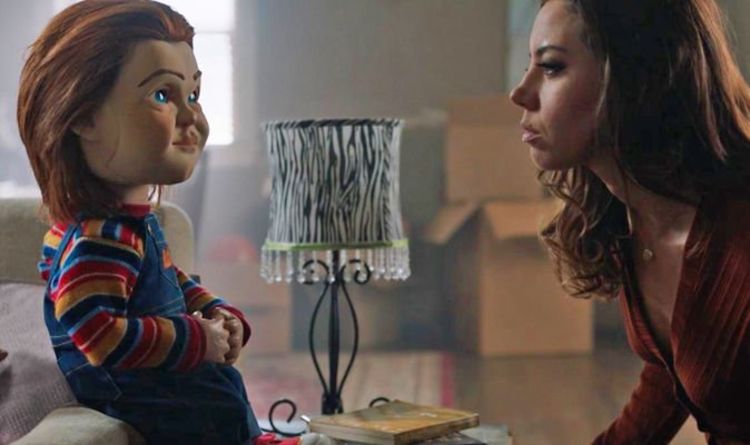 Child’s Play As Part Of The Franchise

Except, hold up a minute there son, that may be a great horror plot, but it isn’t Chucky. Chucky was a doll, and things got weird because it was a doll. Robots are meant to walk and talk, and that loses some of the horror right from the start. It's the vile acts he commits that bring us back to that, but too little too late for a Child’s Play movie.

We also need to pay attention to the fact that there were other themes being explored in the early Child’s Play that can’t be reiterated when the villain is an AI. The original story followed the path of an already twisted human making pacts that went sideways, and always striving to get back into his human form. This isn’t a Chucky Movie… It’s Isaac Asimov meets Arthur C Clarke in a next generation horror movie showdown. Entertaining, but not what we came to see.

In the end, we’ll leave the final assessment of the movie up to you. We personally feel that it loses something as a Child’s Play film, but as a new type of horror film following new themes, we feel it has an immense amount of potential. It will be interesting to see where the inevitable sequels take us, and whether it retains the same charm as the older Child's Play films, as well as where the new Child's Play TV series takes us.

Today's featured product comes from the wonderful word of Hollywood horror. We've long been fans of the creepy haunted franchise the Conjuring, and this summers biggest horror hit has been the third film in the Annabelle series, Annabelle Comes Home. Our Cousin of Annabelle Doll animated prop let's you bring home the creepy fun this Halloween.

Our Cousin of Annabelle Doll, and other amazing Horror Dome products, can be found as part of the following collections:

Horror movies often don’t bear the weight of having a sequel, and we’d argue that some of the best are self-contained stories that simply don’t need a follow-up. Sometimes, however, you wind up with a film that’s pretty incredible and still has more story to tell. If you’ve ever seen a horror film that didn’t just leave you hanging at some ambiguous end, but actively had you wanting to see more of the horror critter that made it perfect, you know what we’re talking about. Bride of Chucky is far and away one of our favorite horror sequels. It’s almost like this series realized its campy nature from the very beginning and dedicated itself to raising the bar in the most creative ways possible. The love affair between Chucky and Tiffany is one that will go down in the annals of twisted relationships with Harley Quinn and the Joker. I would even say it’d be hard to guess which one of the two would be the more dysfunctional. All we know is that this film is an incredible ride and we’re happy to rewatch it a dozen times. Let’s be honest, we were all a little concerned when the suggestion of an Exorcist sequel was brought up by, well, anyone. While The Exorcist II was a terrible film that really never needed to be made, when III came out they completely redeemed themselves. Sometimes you have to know when to make a change in your films direction to recapture the story and approach it from a different direction. They did all of this in The Exorcist III, and avoided the use of campy horror props and halloween costumes while making it happen. While we’re talking about incredible horror movies that changed direction to make a sequel work, let’s look at the classic Alien franchise. One of the best examples of deep space monster horror Aliens is a completely different kind of film than Alien. In the original you had suspense and horror combined as the crew of the Nostromo did everything it could to defend itself against a cunning solo assailant. The sequel has a team of highly qualified marines dropping into a xenomorph hive and battling its way through an entire community of these beasts. This changing of gears is really what made the sequel work.

These are just a few of our favorite sequels, but the list is hardly all inclusive. The horror genre has its fair share of gems with atrocious sequels, and a surprisingly high number of solid follow-ups to original stories to boot. We know that sequelitis is a terrible disease that is far too common in the horror genre, but do give a sequel a shot before deciding that it’s just another piece of money-grubbing trash. Start with the ones above to get a good start, and then let us know which ones you think should go on a list of amazing sequels.